I Am Europe Convention 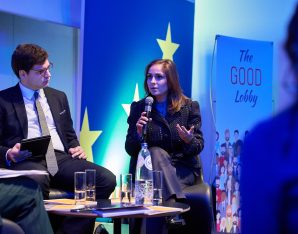 My name is Erik and as an intern at D66 International, I got the chance to visit the I Am Europe Convention in Brussels. Read here about my experience of the day.

On the 26th of January 2019 D66 initiated the I Am Europe convention in Brussels. Right in the heart of European politics, we came together to celebrate the future of Europe with other pro-European partners.

The day was opened with by Lousewies van der Laan. Her speech was followed by talks from our international friends from VOLT Europe and En Marche! They affirmed their dedication towards working for a better Europe.

During the next part of the convention, there was room for interactive sessions in which different aspects and perspectives on the EU were discussed. One of the sessions, organized by D66 International, gave an outside perspective on the European Union. Parliamentarians Sos Avetisyan from Armenia and Sabiha Cudic from Bosnia-Herzegovina presented some interesting insights from their respective country´s. 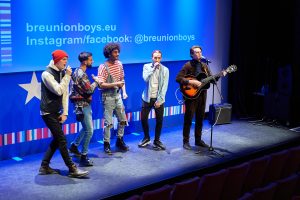 In another session, organized by VMS, the conversation was about the democratic deficit of the European Union. Four experts had an inspiring conversation on how to better the EU´s democratic promise.

Highlights of the remaining part of the day were performances by the Breunion Boys and a moving speech from Katalin Cseh from Momentum Movement Hungary. The day was concluded by D66 MEP Sophie in ´t Veld. She stated ´we can win this battle by being sensible, smart and constructive, and we will prove this in May.´

Join us now in supporting Europe! Become a Supporter of Europe here.