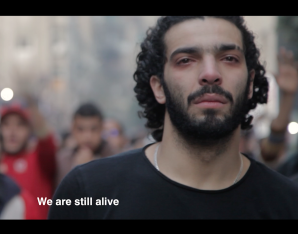 Join us online this year for the 8th edition of The Day of the Middle East: Dispatches from the Revolution.  A decade has passed since the young vendor, Mohammed Bouazizi, sparked the flame that lit the popular uprisings all across the Arab world. From Tunis to Tripoli, Aleppo to Amman, people took to the streets to demand democratic reforms from their leaders.

The outcomes of these protests varied across the region. Tunisia transitioned to a democratic system. Jordan reformed its constitution and electoral system. The Syrian civil war rages on. Civil liberties in Egypt have been curtailed more than before the mass mobilization on Tahrir Square.

Where does this leave the MENA now? If anything, the revolutionary spirit has not left the region. In Lebanon, protestors have poured into the streets for months to demonstrate against the sectarian, political elites. In Iraq, the youth in Basra continue to stand against corruption and the unelected influence of foreign powers. What – if anything – has changed in the past ten years?  Hear it from the source itself.

This online event will look at both past and contemporary popular uprisings as activists and experts from Egypt, Tunisia, Lebanon and Iraq will introduce us to their squares, streets and revolutions. 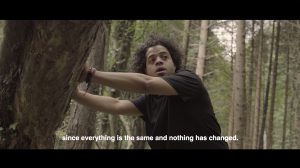 After introductory words from Sigrid Kaag and Tjeerd Dierckxsens, Ahmed Hassan – known from the documentary The Square – will screen his short film Decade on the aftermath of the Egyptian revolution. Kabil Daoud,from the Tunesian liberal party Afek Tounes will talk about his experience experience during the Jasmine Revolution in Tunisia. Human rights activist Riwa Ghawi will elaborate on the Lebanese demonstrations and its current aftermath. Laila al-Zwaini will be interviewed by Aernout van Lynden about the current youth-led demonstrations in Iraq and Lebanon.

19.15 – Kabil Daoud about the Jasmine Revolution in Tunisia

19.35 – Screening Decade by Ahmed Hassan, a film about the Egyptian Revolution

20.00 – Riwa Ghawi about protests in Lebanon

20.15 – Interview with Laila al-Zwaini about demonstrations in Iraq